Our son Jasper diagnosed with INAD

Our happy little angel, who has never done any wrong in his live, will loose his abilities in the next years to come and will leave us. Filled with grief and pain as this disaster has struck us. We will try to spend the time left creating beautiful memories for the future. Even though there are no medicines or treatment methods available for INAD ( Seitelberger’s disease ), and we are facing the challenge of our lives . We can no simply accept the fact that our son will only deteriorate from this point onwards.

As Seitelberger Disease is a very rare disease ( only 1 on 1 million children ) there is almost no information available. We would like to ask you to share this message and ask if people with experience or specific knowledge to contact us. In the recent days we received a lot of love and support from our immediate family and friends. We are grateful for this and can only hope to enjoy our sweet son and little brother for as long as possible.
Raymond & Nadine,
Lucas, Floris & Jasper

The disease killing our son

Infantile neuroaxonal dystrophy ( INAD , PLA2G, SEITELBERGER ) is a rare pervasive developmental disorder that primarily affects the nervous system. Individuals with infantile neuroaxonal dystrophy typically do not have any symptoms at birth, but between the ages of about 6 and 18 months they begin to experience delays in acquiring new motor and intellectual skills, such as crawling or beginning to speak. Eventually they lose previously acquired skills.

Diagnosis
In some cases, signs and symptoms of infantile neuroaxonal dystrophy first appear later in childhood or during the teenage years and progress more slowly.
Children with infantile neuroaxonal dystrophy experience progressive difficulties with movement. Generally they have muscles that are at first weak and “floppy” (hypotonic), and then gradually become very stiff (spastic). Eventually, affected children lose the ability to move independently. Lack of muscle strength causes difficulty with feeding and breathing problems that can lead to frequent infections, such as pneumonia. Seizures occur in some affected children.
Rapid, involuntary eye movements (nystagmus), eyes that do not look in the same direction (strabismus), and vision loss due to deterioration (atrophy) of the optic nerve are characteristic of infantile neuroaxonal dystrophy. Hearing loss may also develop. Children with this disorder experience progressive deterioration of cognitive functions (dementia), and eventually lose awareness of their surroundings.
Infantile neuroaxonal dystrophy is characterized by the development of swellings called spheroid bodies in the axons, the fibers that extend from nerve cells (neurons) and transmit impulses to muscles and other neurons. A part of the brain called the cerebellum, which helps to control movements, may also be damaged. In some individuals with infantile neuroaxonal dystrophy, abnormal amounts of iron accumulate in a specific region of the brain called the basal ganglia.

Join us in the fight for his life

The Jasper Valentijn Foundation ( WeCare4INAD ) directives are : generating attention and publicity for and achieving financials means from the proceeds of events, gifts, activities, attract benefactosr and sponsors to  further scientifically research medicines for Infantile neuroaxonal dystrophy ( INAD , Seitelbergers Decease ) and inherent which can beneficial to. It is not intended to make any payments to the founders. The foundation is set up for general value. The foundation is a non profit.

Has the story of Jasper touched you and would you like to support us with a donation?

All gifts are appreciated. 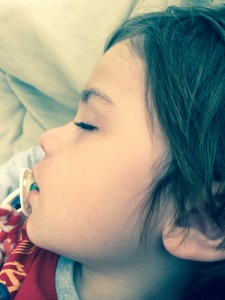 Did Jasper's story touch you and do you want to make a donation?